It’s estimated that over 1 billion people worldwide regularly smoke tobacco every year, but many people aren’t aware that it can harm their chances of conceiving and giving birth to a healthy baby.

Most couples who have regular, unprotected sex will succeed in getting pregnant within one year. But for people who smoke, it can take approximately twice as long to get pregnant. Another study found that women who smoke are less fertile than non-smokers.

There’s no amount of cigarette smoke that is safe for women who want to start a family.

Even if you smoke only one to five cigarettes a day, you’re still at risk of ectopic pregnancies or premature birth. Secondhand smoke also harms your fertility, such as if your partner smokes, or if you work in smoke-filled conditions.

How does smoking affect female fertility?

When you smoke, the toxins in the cigarettes enter your body and pervade every part of your system. As a result, smoking affects your fertility in a number of different ways.

The nicotine, cyanide, carbon monoxide, and other chemicals in cigarette smoke can harm the ovaries, producing poor quality eggs that are less likely to be fertilized and develop into a healthy fetus.

Every woman is born with a finite number of follicles, which develop into eggs. These are your ovarian reserve. Eggs die naturally throughout your life, and once they have been used up, you enter menopause. Women who have completed menopause can no longer become pregnant.

A number of studies have found that women who smoke have a significantly lower ovarian reserve than non-smokers, because the toxins in cigarette smoke cause the eggs to age and die off faster than normal. On average, smokers enter menopause more than 1 year earlier than non-smokers.

Disruption of the hormonal balance

The chemicals present in cigarette smoke also interfere with your endocrine function, which is the part of your brain which is responsible for producing and releasing sex hormones. Oestrogen, progesterone, testosterone, and follicle stimulating hormone (FSH) govern your menstrual cycle, ovulation times, and uterine development in order for you to become pregnant.

Damage to the fallopian tubes

There is also evidence that smoking affects the fallopian tubes, increasing the risk of lesions. It’s thought that this is why smoking raises the incidence of ectopic pregnancy, which is when an embryo implants in the tubes rather than the womb.

Ectopic pregnancy can be life-threatening, or permanently damage the fallopian tubes to the extent that future conception is impossible.

Cigarette smoke and the toxins that it contains can affect the behavior of the cilia, which are tiny “hairs” that line the fallopian tubes and transport the egg and embryo to the uterus. When the embryo settles in the uterus, it’s “implanted,” and can continue to grow and develop into a healthy baby. In women who smoke, implantation rate drops by over 20%. 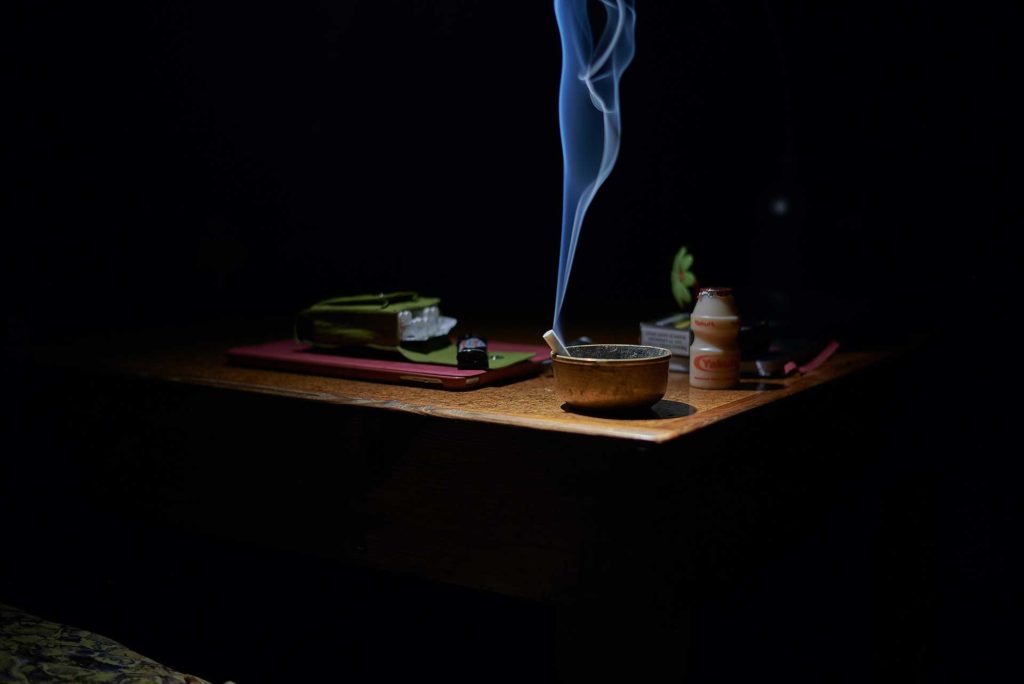 The damage continues beyond conception

For women who smoke or who spend a lot of time in a smoke-filled environment, cigarettes can continue to cause harm even after conception.

Cigarette smoke is harmful for male fertility too

It’s not just women who need to stop smoking before starting a family. Male fertility is also affected by cigarette smoke. Out of the 8.75 million men in the UK aged 20-39, 120,000 of them are infertile because of smoking.

Cigarette toxins like cadmium and cotinine damage sperm DNA, which can then cause problems with fertilization, embryo development, and embryo implantation, hampering attempts to become pregnant and increasing miscarriage rates.

Surprisingly, all these effects have been spotted in men whose mothers smoked half a pack of cigarettes or more every day while pregnant and/or breastfeeding, even if the men themselves didn’t smoke, which shows just how far the effects of smoke can reach.

As well as reducing your ability to conceive naturally, smoking also harms your chances of getting pregnant through IVF.

It’s been found that smokers need twice as many cycles as non-smokers before they can conceive. Women who smoke need more ovary-stimulating medication, and still see 30% lower pregnancy rates.

Even when women stopped smoking many years before receiving IVF, there’s some evidence that the difference may still be noticeable. There’s also a recent study that found that smoking at any point in your life can harm your placenta, which can affect your ability to carry a baby to term as well as harming the health of the fetus.

It’s worth it to stop smoking

The good news is that when you stop smoking, your fertility can recover very quickly, although you can’t undo all the damage. Sperm and egg DNA improve, sperm quality rises, and female hormonal balance returns, although some aspects of harm, like your reduced egg supply, can’t be fixed.

If you’re thinking of starting a family, it’s best to stop smoking as soon as possible. Women who have stopped smoking don’t see any significant drop in their fertility compared with women who have never smoked.

Whether you’re hoping to conceive naturally or thinking or starting IVF, quitting smoking will give you the best shot at growing a healthy family. We hope that your path to parenthood will be easy and worry-free.